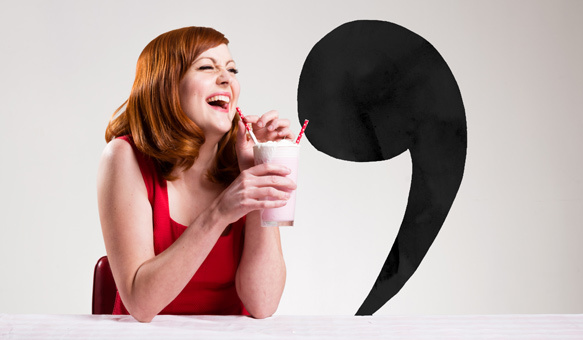 Australia's favourite grammatical comma-dy is back!

Louisa's found true love in the English language, but it's hard being a grammar nerd when there are people selling 'potato's' and misusing the word 'literally' at every turn. All she really wants is someone who'll snuggle up with her on the couch and seductively whisper puns into her ear. Ideally in multiple languages. Is that too much to ask?

It's nerdy. It's pun-filled. And it might just make you want to learn a language... or at least start erasing those damn stray apostrophes on cafe blackboards.

Please arrive at least 30min before the show to facilitate contact tracing.