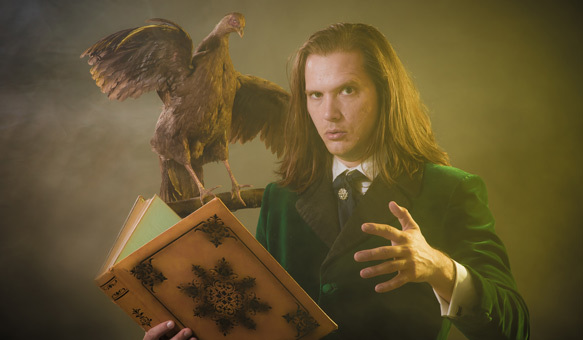 SCREAM! at the appearance of eerily inventive characters!!

SQUEAL! at comedy that comes in threes!!!

What are you waiting for ghouls? This Fringe, channel your inner-Vincent Price and find out what Melbourne International Comedy Festival audiences called "a must see show" (Weekend Notes) and "a glorious masterpiece" (The Plus Ones). Join this Raw Comedy state finalist and national improv champion for a sketch storytime session to die for.