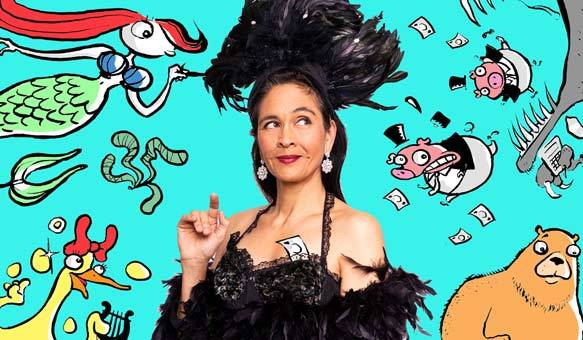 Disenchanted: A Cabaret of Twisted Fairy Tales transports you to vivacious Madame d’Aulnoy’s 17th Century Parisian salon, where you learn the twisted truth: why the wolf was in Grandma’s bed, how the golden egg-laying Goose was revolutionised, why Bluebeard’s six wives died unnoticed, why the so-called Ugly Sisters were robbed… and so much more.

Fresh from Sydney and Newcastle Fringes and on the eve of their Edinburgh Festival Fringe season, Eliane Morel (Writer/Performer) and Daryl Wallis (Musical Director/Accompanist), bring Disenchanted to The Butterfly Club.