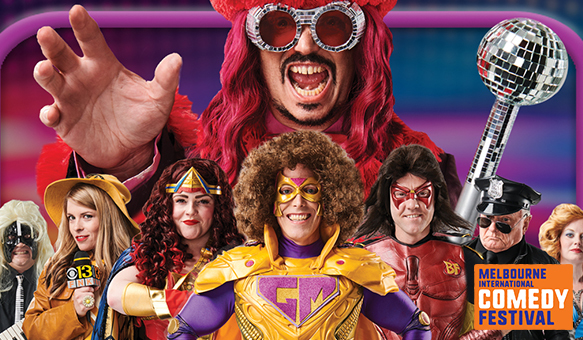 Groovyman is a family-friendly superhero comedy set in the last days of disco from the team who created You Only Laugh Twice and Dead Men Tell No Jokes.

Can Groovyman, his sidekick The Boy Funkster, and ace reporter Bonita De GoGo stop a rogue’s gallery of supervillains lead by The Hustler from destroying Funky Town against the backdrop of some classic disco hits?

With Groovyman, you’ll believe a man can jive!

"A fun romp for all ages" - Funny Tonne