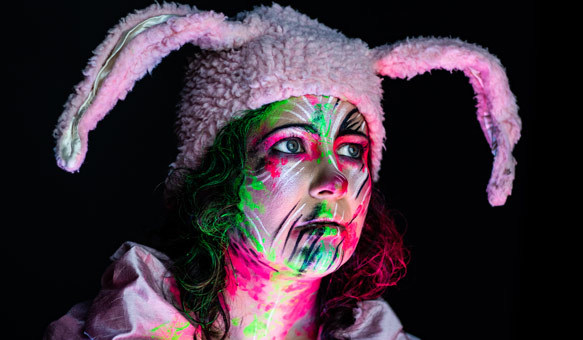 Ever since she was little, Jessie Ngaio fantasised about killing herself. When she came dangerously close to making fantasy reality, she realised something would have to change. This show is about finding a will to live even while the world burns around you. Oh, and there will be a clown.

Jessie Ngaio is a visual and performing artist. Her work includes the Fringe hit Slutmonster and Friends (Highly Commended in Comedy, 2012 Melbourne Fringe), the web series Trying My Best *(Featured in Spotlight, 2017 Melbourne WebFest), and recently performing in the Japanese Butoh performance *Colour-Fool, 2021, where she gave birth to a broccoli.