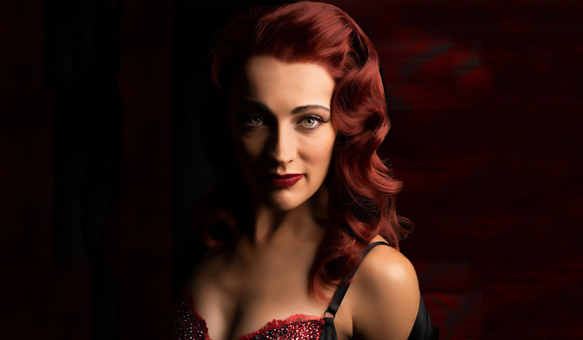 After sold-out shows across Australia, this critically acclaimed production is back by public demand for an encore season.

Set to a lavish vintage score with music by Amy Winehouse, Cole Porter, KD Lang, Christina Aguilera, Billie Eilish and more, the glossy world of Hollywood and the scandals behind the scenes come to life in riveting detail in this raunchy true tell-all story of a glamorous 1940’s Hollywood leading lady who is only known by her pseudonym “Miss Nightingale.”

Starring Karla Hillam who is described as “Sizzling-hot” and “every inch a Hollywood goddess” (Weekend Notes), gives a "masterful performance” (Theatrehaus) in her provocative one-woman show where she portrays the star once known as the most beautiful woman in the world.

"A titillating glimpse into the not-so-fabulous life of a Hollywood star, Sex Lies & Betrayal: Memoirs of a Hollywood Star is a wonderful must-see cabaret" - On The Record

"Sex, Lies & Betrayal is a show that stays with you long after the curtain closes” -The Au Review

"Sex, Lies & Betrayal – Memoirs of a Hollywood Star needs to be seen for its captivating storytelling and standout performance" -Theatrehaus