A Bond Among Us 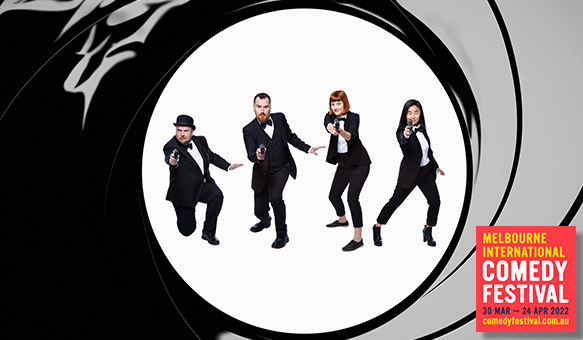 Once upon a time, there was a little girl who had a dream. She wanted more than ever to be the internationally super famous British spy 007. But then, the world changed. This little girl grew up - and she is going to kill James Bond. Will she find the man from MI6? And what caused his number one fan to be his number one enemy?

A Bond Among Us celebrates sixty years since the release of the first James Bond film in the official franchise, Dr No.

David S. Innes and Rob Lloyd pay homage to a long lasting film series with a satirical adventure from the perspective of a henchman. There promises to be thrills, spills and fun-facts!

Booking for Tuesday night? Use promo code "tuesday" for $28 tickets!

In compliance with government requirements, all patrons must be fully immunised against Covid 19 (or have a government recognised exemption) in order to enter the building.

Our shows start on time. Please arrive 30 minutes early so as to have time to check in with the QR code, collect your ticket, show us your vax status, make your way to the theatre, etc etc.